THE ELECTRIC UNIVERSE concept claims, I think, that electro-magnetism is the primary driver of the structure of the universe, that it powers the stars and galaxies and creates galactic scale electric currents in “empty” space, which traditional physics deem to be impossible. The widely accepted Standard Model identifies gravity as the primary force. Electric forces are billions of times more powerful than gravity – and quite well understood.

I have no more practical and intuitive feel for electricty than I do for gravity – one issues from dangerous sockets on the wall, the other pulls apples, and me, to the ground.  Both are equally mysterious to me. But, as I struggle with the puzzle of how pure energy (light – electro-magnetism) is turned into matter (sub-atomic particles); and as the Standard Model seems to be currently meandering around in a closed maze,  is this alternative TOE (Theory of Everything) worth considering?

“They” the heretics, are meeting to spread the word and continue the debate:

Wallace Thornhill, Donald Scott and David Talbott, the three leaders of the Electric Universe movement, will be present at EU 2013, each adding powerful new material for the coming year:

Not all of the accomplished scientists coming into collaboration and critical discussion with The Thunderbolts Project can be publicly announced. However, some like Rupert Sheldrake, Mae-Wan Ho and Steven Crothers have agreed to speak. Others will be selectively announced in coming weeks.
Rupert Sheldrake, PhD 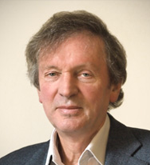 Many scientists like to think that science already understands the ways of the natural world. The fundamental questions are answered, leaving only the details to be filled in. The impressive achievements of science seemed to support this confident attitude. But recent research has revealed unexpected problems at the heart of physics, cosmology, biology, medicine and psychology.  Rupert Sheldrake shows how the sciences are being constricted by assumptions that have hardened into dogmas.  Should science be a belief-system, or an exploration? Sheldrake turns the dogmas of science into questions, opening up startling new possibilities. For example, the “laws of nature” may be habits that change and evolve. The Fundamental Constants may not be constant. Minds may extend far beyond brains. Memories may not be stored as traces in our brains. Sheldrake will suggest that the sciences would be better off without their dogmas: freer, more interesting and more fun.
Rupert Sheldrake PhD is a biologist and author of more than 80 scientific papers and 10 books, including  Science Set Free (September 2012). He was a Fellow of Clare College, Cambridge University, a Research Fellow of the Royal Society, Principal Plant Physiologist at ICRISAT (the International Crops Research Institute for the Semi-Arid Tropics) in Hyderabad, India, and from 2005-2010 the Director of the Perrott-Warrick Project for research on unexplained human abilities, funded from Trinity College, Cambridge University. He is a Fellow of the Institute of Noetic Sciences and a visiting professor at the Graduate Institute in Connecticut. He lives in London. His web site is www.sheldrake.org 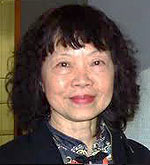 Mae-Wan Ho is an internationally distinguished geneticist and biophysicist, best known for original work on the physics of organisms. Her specialty has been given different names, but we like best “The Electricity of Life.”
Her career spans more than 30 years in research and teaching in biochemistry, evolution, molecular genetics and biophysics. She has over 200 publications, including ten books.
Mae-Wan is the director of the The Institute of Science in Society (ISIS), an organization that looks critically at the potential dangers of biotechnology, including the use of genetic modification (GM) technology.
Having retired early in June 2000, Mae-Wan remains a Visiting Reader in Biology at the Open University, and continues also to teach as Visiting Professor of Biophysics in Catania University.